While browsing through the current gaming-related Kickstarter projects, I came across the Askrias Cube. This is a customizable 6-sided die, that can be used either for rolling random effects or for keeping track of status effects, counters, etc in a game like Magic: The Gathering. 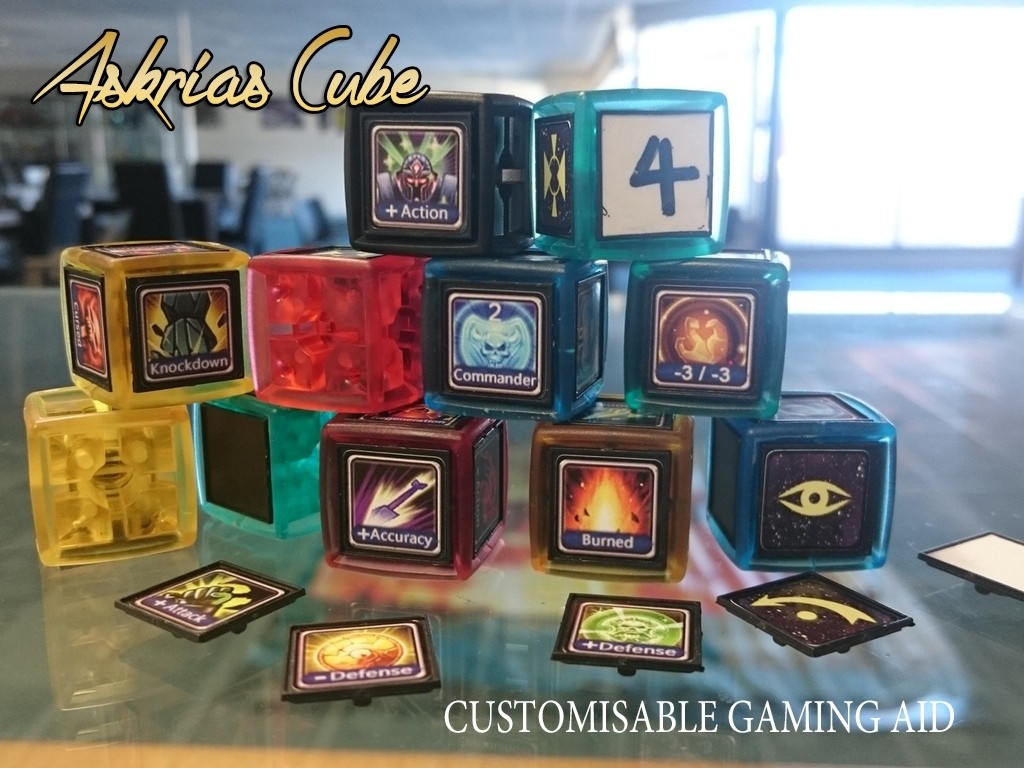 The cube itself is made of two pieces of plastic that snap together, and each face holds an insertable plastic tile. Each tile can be customized with a sticker to represent whatever you wish. The basic pledge comes with two cubes, twenty plastic face inserts, and forty face stickers, available in several different themes.

The project is based in New Zealand, and the $12 NZ pledge works out to about $8 US. Add-ons are available for extra sets, cubes, frames, and sticker sets.