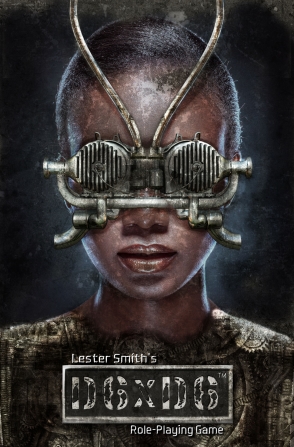 Back in July, I posted about an active Kickstarter project by game designer Lester Smith called d6xd6 CORE RPG. The “expected delivery” date on the Kickstarter was December 2014, and on Monday night, Lester delivered on the base version of the game.

Kickstarter backers were sent a link containing a 66-page PDF file of the game rules and the four included sample settings. One of the cool things about d6xd6 RPG (which has since dropped “CORE” from the name) is that it was designed to be easily adaptable to any type of genre and settings.

The full rules for the game are available on the d6xd6.com website, minus the formatting of the PDF book, so go check it out.

I’ve backed several Kickstarter projects, and I’ve got to say that Lester’s was one of the most communicative I’ve been involved in. Every few days there was a new update on progress, and the game is pretty much on schedule (there is an “extended” version of the game still in the works that includes a pile of additional settings based on, and written by, a wide range of authors including Douglas Niles, Andrea K. Höst, and many others.)

I’m looking forward to running this game for a few folks in the near future, as the rules are simple enough to be a good introduction to table-top RPGs.