Portal and Portal 2 are very near the top of my list of all-time favorite games. The original game was simply so well done that I was overjoyed when they announced a sequel. Even though the second game was considerably longer than the first, I finished Portal 2 in a single sitting, and have gone back through it several times. I’ve also played all of the co-op levels with a friend.

Along comes Steam user Stridemann with a mod for Portal 2 that adds an entirely new twist to the puzzle solving fun : A “Back to the Future” styled tablet that lets you record and play back your actions so that you can interact with your past self in order to complete test chambers. Called “Thinking with Time Machine” (a rather unfortunate play on the Thinking with Portals tagline), the mod is free as long as you own Portal 2 (and if you don’t, you should!) 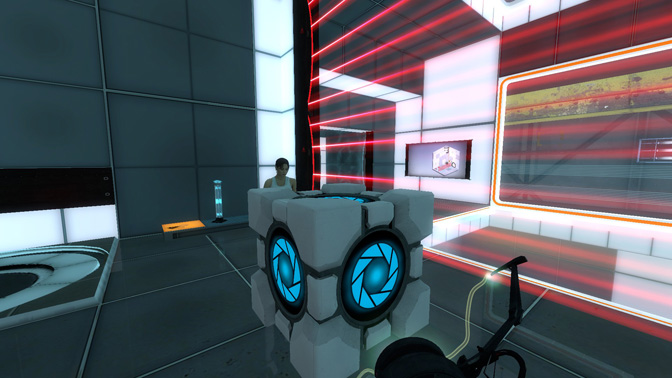 Handing myself a cube!

One of the primary mechanics in TWTM is recording yourself crouched by a wall you would not normally be able to jump to so that you can replay yourself doing so and jump onto your own back and up onto the ledge. This is the first mechanic you learn in the mod, and one that is used extensively throughout, but it is by no means the only one.

You will need to have your clone do things like pick up cubes and bring them to certain locations where you will later come along and take them from her. Since objects like blocks and spheres, and the environment, are not effected by your personal time machine, you need to make sure the circumstances for your clone interacting with them are correct before replaying your actions.

The result is an enjoyable twist on the standard Portal puzzle mechanics, and rather like playing coop by yourself (without having to wonder what in the world the other person is doing/thinking. If you are wondering that while playing TWTM, well…) There are a few things to learn that aren’t really documented anywhere that I’ve been able to find (the keys do flash quickly in in-game animations on the walls of the early levels): 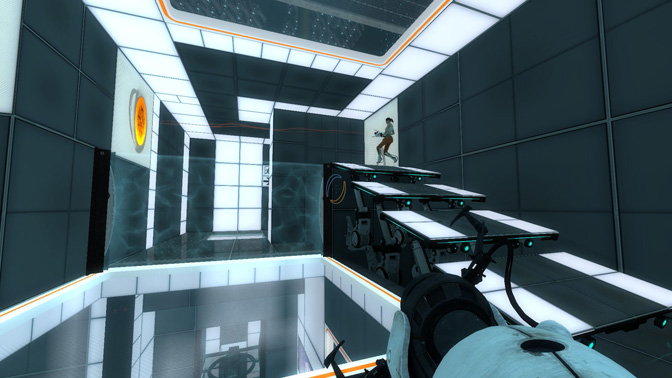 While a bit short (the test chamber numbers go up to 9, though the last one doesn’t involve much other than a cutscene), TWTM is a very enjoyable mod. The difficulty progression seems about right, and while there are occasionally areas where timing is important, it never really becomes a “twitch” game, making thinking through the puzzles the primary challenge rather that needing to jump at exactly the right second from exactly the right spot.

The author has hinted at the possibility of a way for others to make TWTM levels, but hasn’t released anything along those lines yet. I would love to see the mod expanded upon with new chambers.