This segment of my Skyrim Mods list is pretty far overdue! Sorry about that. Here I’ll talk about some of the mods I use that modify the  inhabitants of the province, including a couple of very well done companion mods and a whole bunch of enemies for you to fight.

This mod adds over 100 new hairstyles to Skyrim. With styles for both male and female characters available. While the new styles are available for you for your own character (editable via the racemenu mod below) their main purpose here is to be used by the NPC addon plugins in this section.

A tiny handful of the available hairstyles. Check the “files” page of the nexus site for a full image.

This image doesn’t come close to showing all of the various hairstyles the mod provides, all of which are available for your character as well as mod authors to use for their own creations.

This is actually a compilation of a number of character enhancing mods by a modder named Xenius. Primarially this mod smooths out and enhances the appearance of character faces, though there are a couple of other changes as well. Many of these changes might not stand out, but taken together they offer a bit of enhanced realism to Skyrim’s characters.

The Extensible Follower Framework is a wide-ranging overhaul of the behavior of followers in Skyrim. Everything from allowing you to recruit additional followers (up to 100) to providing a new menu to issue follower commands that doesn’t rely on dialog with the follower.

Your followers can collect alchemy ingredients for you, ride their own horses, and you can set their fighting style to favor magic, archery, toe-to-toe combat and the like.

Some of the mods below add custom-built followers to the game, but there are a lot of built-in NPCs that can be recruited as followers. While a handful have some voiced lines, many of them don’t say a while log. Follower Commentary Overhaul (FCO) changes this. Each NPC in Skyrim is assigned a voice set from a pool of voices that were included in the game. Followers are limited to a small selection of lines from these voice sets, and FCO removes this limitation. The result is followers that inject commentary from a range of about 1000 additional dialog lines are opened up for your followers.

I find vanilla Skyrim’s horses to be more trouble than they are worth. You can’t fight from horseback, they tend to get in the way, you have to dismount to do just about anything. Convenient Horses fixes these problems and more. In addition to mounted combat (for you and your followers), the mod adds new horse armor and equipment, the ability to call and mount your horse immediately, the ability to talk to NPCs, collect loot, and harvesst while mounted.

This mod expands the range of NPC types that can appear as guards. It adds female guards to the holds that are, by default, populated only with male guards, and varies the faces assigned to guards in the name of variety.

Run for Your Lives

Out of the box, when a dragon shows up, any NPCs in the area will charge headlong into combat – and to their doom. This mod sends non-guard type NPCs scattering and seeking shelter indoors when a dragon attacks, providing a bit more realism to the NPCs reactions to enormous, legendary beasts showing up and laying waste to the area.

If you’ve played Skyrim for a while, you might think you have seen all of the different types of dragons out there. Not so if you install Bellyaches New Dragon Species. This mod adds 13 new dragon species to the game (without disrupting the existing dragon types) and scatters 50 instances of these dragons throughout the province. The dragon’s are on par with the difficulty of Skyrim’s normal dragons, though you may find that you run into them a bit earlier than you might be ready to take some of them on.

This mod adds hundreds of new enemy varieties to the game, starting at level 10. There are several “revisions” of these enemies as their level’s increase, and the highest tier of enemies scale with you as your Dragonborn increases in level.

This has the effect of keeping the game challenging as you increase in power without overwhelming you with too-strong enemies early on.

The mod supports the base game, Dawnguard, Dragonborn, and the Falskaar mod.

This fairly large compilation mod adds 3800 creature types to the game. Some are variations on existing creatures, while others are all new. The mod adds boss mob encounters, custom loot, and new spells that are used by the new enemies and can be learned by the player.

The mod contains 100 random events that can occur throughout the province, as well as patrols from the various Skyrim factions (and conflicts between those patrols as appropriate).

The RaceMenu plugin replaces the default Skyrim character customization system, allowing you to tweak your character to your heart’s content. 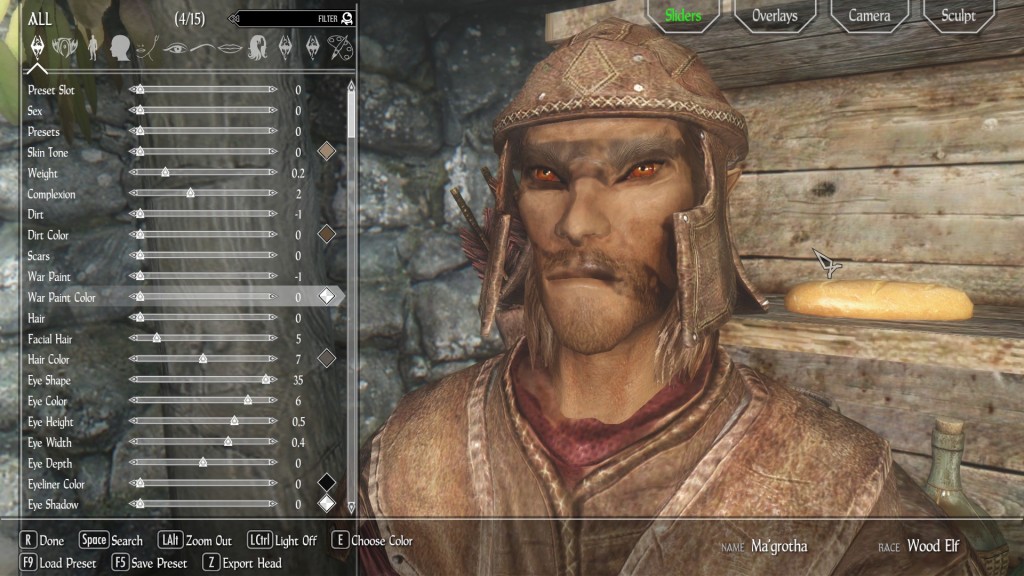 To activate the menu, bring up the console in Skyrim (hit the Tilde (~) key) and type “showracemenu”. Proceed to waste the next hour or so fiddling with sliders to get your character just right.

There are lots of mods on the Nexus that add followers for you to pick up. Some of them are nice, others lackluster. One of my favorites is called “Cerwiden – SMART Healer – AI Configurable Companion”. I’m just going to call it Cerwiden. 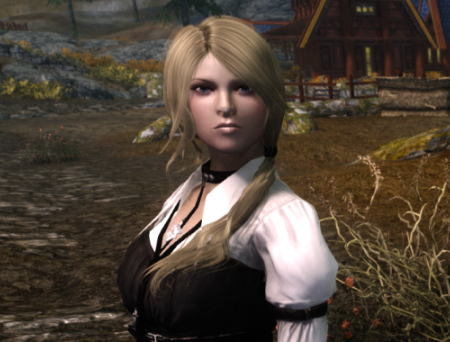 Cerwiden (or Ceri for short) is will buff, heal, and cure you and your other followers. She has tons of fully voiced dialog and will often expound on life as a cleric of Lord Donblus. She also has a questline that she is interested in achieving. When it comes to companion mods, it is hard to beat Cerwiden.

Competing for the top spot in companion mods is Vilja in Skyrim. Though I didn’t play it in Oblivion, this mod is a descendant of a similar mod in the fourth Elder Scrolls game. According to the “lore” of the mod, the Vilja you met in Oblivion was the current Vilja’s grandmother.

Like Cerwiden, Vilja is fully voiced and has a set of quests she wants to pursue. She is quite talkative, and especially likes to banter with Lydia as you travel about Skyrim. Vilja dreams of being a great bard, and will sing songs for you and read you a selection of books if you find them and give them to her.

I have both Cerwiden and Vilja installed in my current playthrough, though I haven’t picked either of them up yet (I’m not that far into the game… I got distracted by Wasteland 2!)